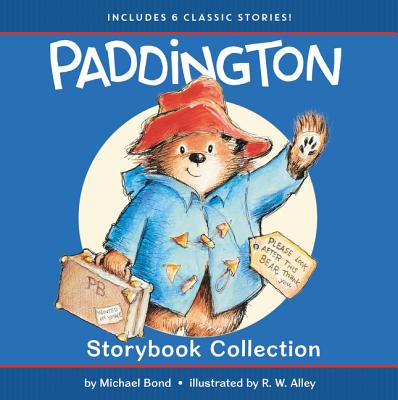 Michael Bond’s classic character, Paddington Bear, has warmed the hearts of generations of readers with his earnest good intentions and numerous misadventures.

In this collection of six classic stories, Paddington’s nose for adventure leads him into one sticky situation after the next. But with a little curiosity, the best of intentions, and a marmalade sandwich to spare, this beloved bear is a story-time favorite. Join Paddington as he explores a carnival, performs some magic, tries his paw at painting, and more!

This collection includes the complete text and art of six Paddington books in one hardcover bind-up. The books included are: Paddington Bear and the Busy Bee Carnival, Paddington and the Magic Trick, Paddington's Day Off, Paddington in the Garden, Paddington at the Circus, and Paddington’s Prize Picture.

Michael Bond began chronicling Paddington’s adventures in his first book, A Bear Called Paddington, published in 1958. Fortunately, bears don’t need much encouragement, and Paddington has since filled the pages of twelve further novels, a variety of picture books, and many other projects written for the young at heart.

R. W. Alley has illustrated a number of books featuring Paddington Bear. He lives in Barrington, Rhode Island, with his wife, author Zoë B. Alley.