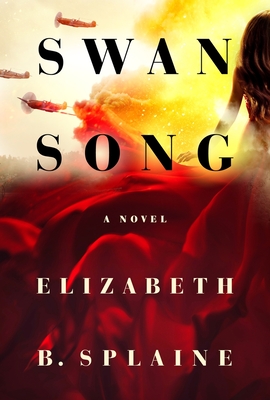 "Told with attention to historical fact and channeling actual personalities of the era, Swan Song should interest both music lovers and lovers of a fast-paced historical novel."

Ursula Becker’s operatic star is on the rise in Nazi Berlin…until she discovers that she is one-quarter Jewish. Although Hitler is aware of her lineage, her popularity and exquisite voice protect her and her family from persecution. When William Patrick Hitler arrives in Germany and is offered employment by his Uncle Adolf, a chance encounter with Ursula leads to a romantic relationship that further shields the young diva from mistreatment. But for how long? Ursula is ordered to sing at Hitler’s Berghof estate where she throws down a gauntlet that unleashes the wrath of the megalomaniacal leader. Fearing for her life, Ursula and Willy decide to emigrate to England. But as the ship is about to sail, Ursula disappears. Willy crosses the globe in an effort to find her, even as his uncle taunts him, relishing in the horror of the murderous cat-and-mouse game.

Elizabeth B. Splaine is a retired opera singer who enjoys reading and writing WWII stories that focus on tenacity, hope and the indomitable human spirit. Prior to writing, Elizabeth earned an AB in Psychology from Duke University and an MHA from University of North Carolina, Chapel Hill. She spent eleven years working in health care before switching careers to become a professional opera singer and voice teacher. When not writing, Elizabeth teaches classical voice in Rhode Island where she lives with her husband, sons, and dogs.